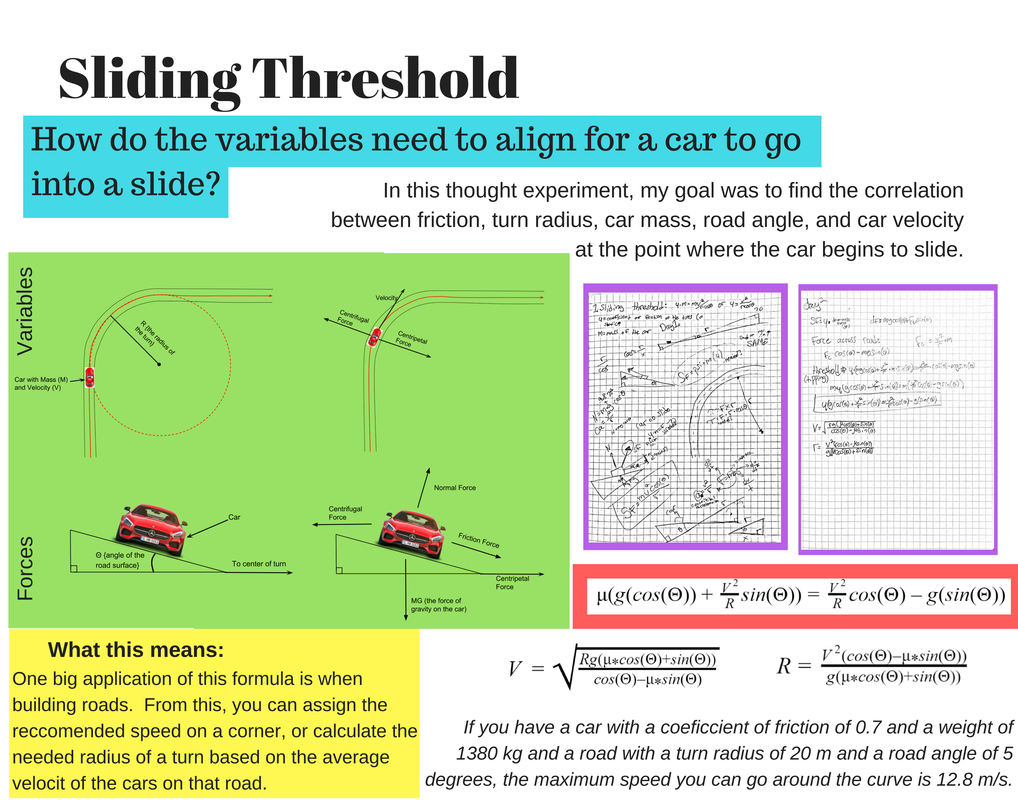 In this project, we studied traffic and traffic flow.  We used our knowledge of traffic and driving to come up with a question about driving.  The first iteration of my question was “If you are not concerned with tipping, how do you correlate turn radius, road angle, and friction?”  I asked this question because it was a way for me to use my knowledge of Newtonian mechanics to solve a relevant problem in the world of road engineering.  By the time I finished the project, my question had evolved to encompass not only friction, turn radius and road angle, but also car velocity and mass. The mathematical framework that I used to solve this problem was simple physics.  I applied my knowledge of force vectors, velocity, and centrifugal acceleration to find what I dubbed “the sliding threshold.” This is the point at which the force across the road is equal to the force of friction keeping the car from sliding.  After puzzling through this problem from a physics standpoint, I found out that the mass of the car does not matter in this equation, as it can be canceled out from both sides of the equation. This whole process of questioning, finding a way to attach a mathematical framework to the question, solving that mathematical framework, and then drawing conclusions is called the Problem Solving Process.  Through the use of this process, I solved a very relevant question in a very applicable way.